Growing up, I looked forward to opportunities to help Mom in the kitchen, and that hasn't changed. A few years ago, Mom and I tried a recipe for stuffed bell peppers. It was delicious!

Recently, I had a craving...

This time, though, I decided to cut the bell peppers in half. 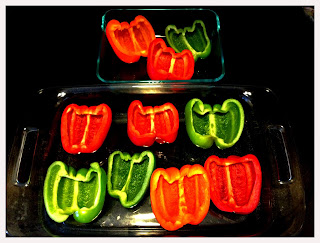 We found that when the bell pepper was used whole (like a bowl), a lot of residual moisture gathered at the bottom and then leaked out when eating, making it a little messy and almost requiring a bowl instead of a plate. 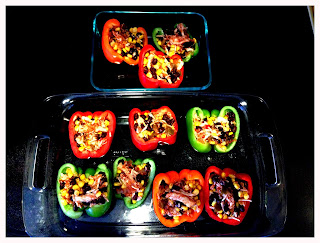 So, after looking around at a few recipes, I pieced together this one, and it worked great! 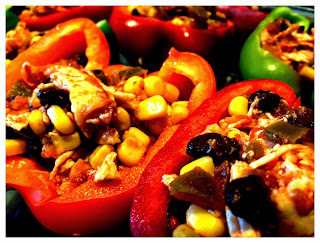 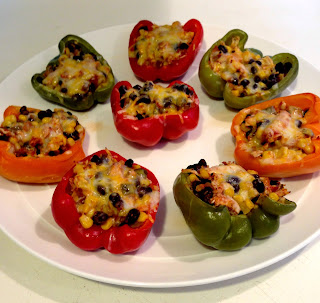