It's never a good thing when you stand outside the lavatory on the plane for five minutes before the person occupying it steps out...Good MORNING!

Finally, we landed at London Heathrow, and the connection clock started ticking down. I had an hour and ten minutes to make my connecting flight to Edinburgh. One would think this is plenty of time until you consider:
Yes, I was sent to the naughty line. Now, before you think "she's a fairly frequent traveler, what's the deal," hear me out. On a connecting Southwest flight, if you bought a bottle of water after passing through security at the first airport, you can keep it with you when you change planes (because you don't go through security again). My most recent flight was Southwest, so I was not even thinking about the water bottle in my backpack when I had to go through LHR security again. After getting caught, I had to wait for individual clearance, which took me past the initial boarding for my connecting flight (talk about feeling anxious), and I was the last lone traveler through the gate. Whew!

The flight to Edinburgh was a short hop. I met up with my friend Lora at the baggage claim, and we headed for the car. When I stepped out of the terminal, I was met with a crisp, fresh Scottish gift: 60 degrees! Compared to the recent 100-degree-plus days in Texas, it was so refreshing.

We hopped into Lora's Land Rover and made the hour-long scenic drive to her and her husband's home in Perth. Through the car windows, I drank in the rainbow of green that I have come to identify with Scotland - dark green, light green, blue green, sea green, etc. It's all so vibrant and lush.


When we arrived at her home, I settled in. The afternoon proceeded with warm oatmeal, visiting over tea, and one of her favorite indulgences: home delivery of her groceries. Lora lives about thirty minutes from the nearest Sainsbury's, so when she discovered that she could order groceries online and have them delivered to her front door, she was sold. This afternoon, he brought them all the way into the kitchen for us! 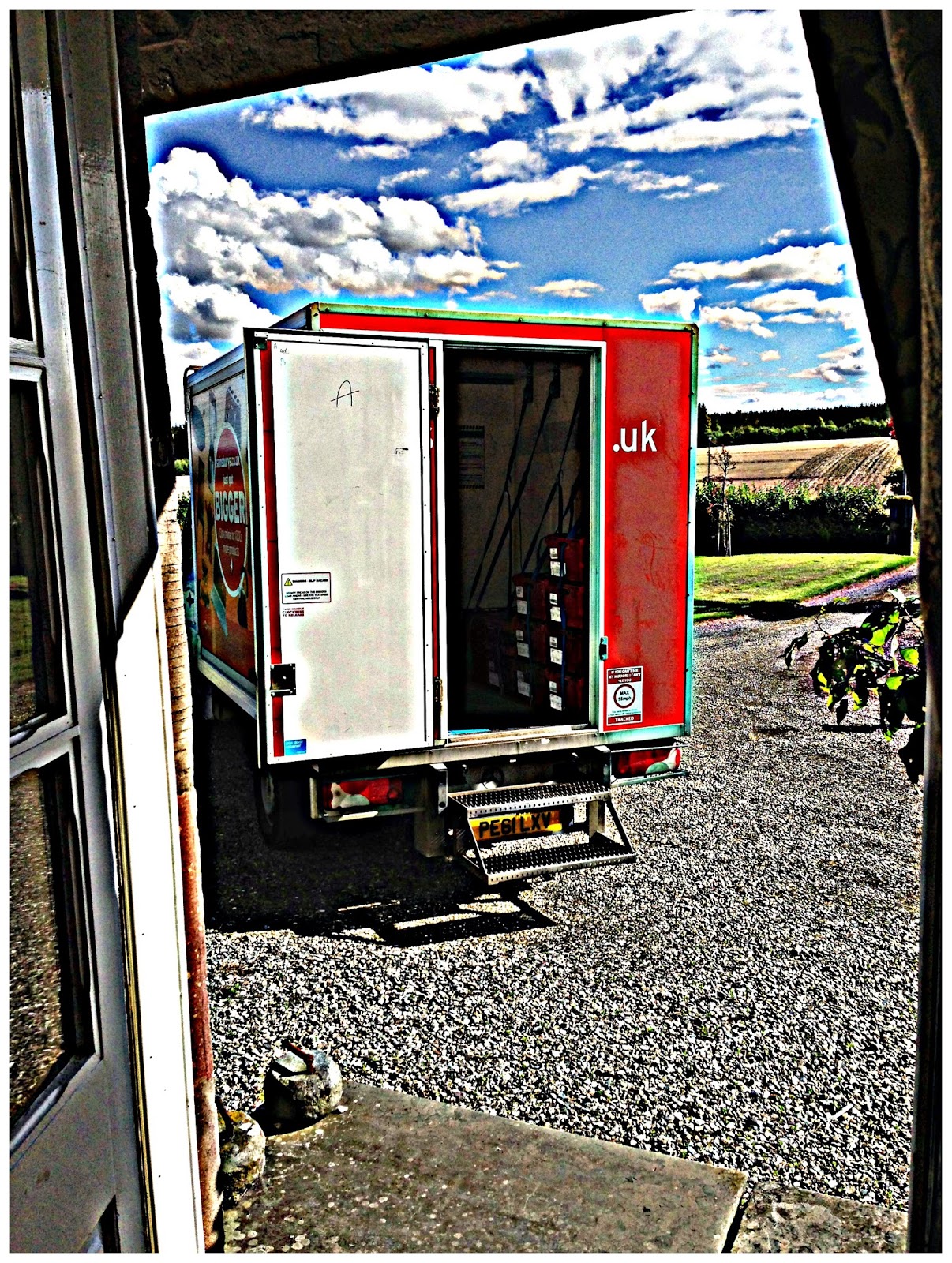 We organized the groceries, chatted some more in the courtyard outside the steading, and then treated ourselves to an Indian feast of chicken tikka masala and naan.

Barely able to keep my eyes open, I took a two-hour nap before Skyping with my family. Oh, and we not only Skyped, but "Skyped" and "Face-Timed." Sister FT'd with Dad, and he brought her into view on Skype. I am so thankful for technology! It was great to see them, confirm I made it safely, and catch-up on the last day.

Then, I crawled into bed under the heated blanket, lost myself in my book for a few hours, and drifted off to the most peaceful sound: silence.